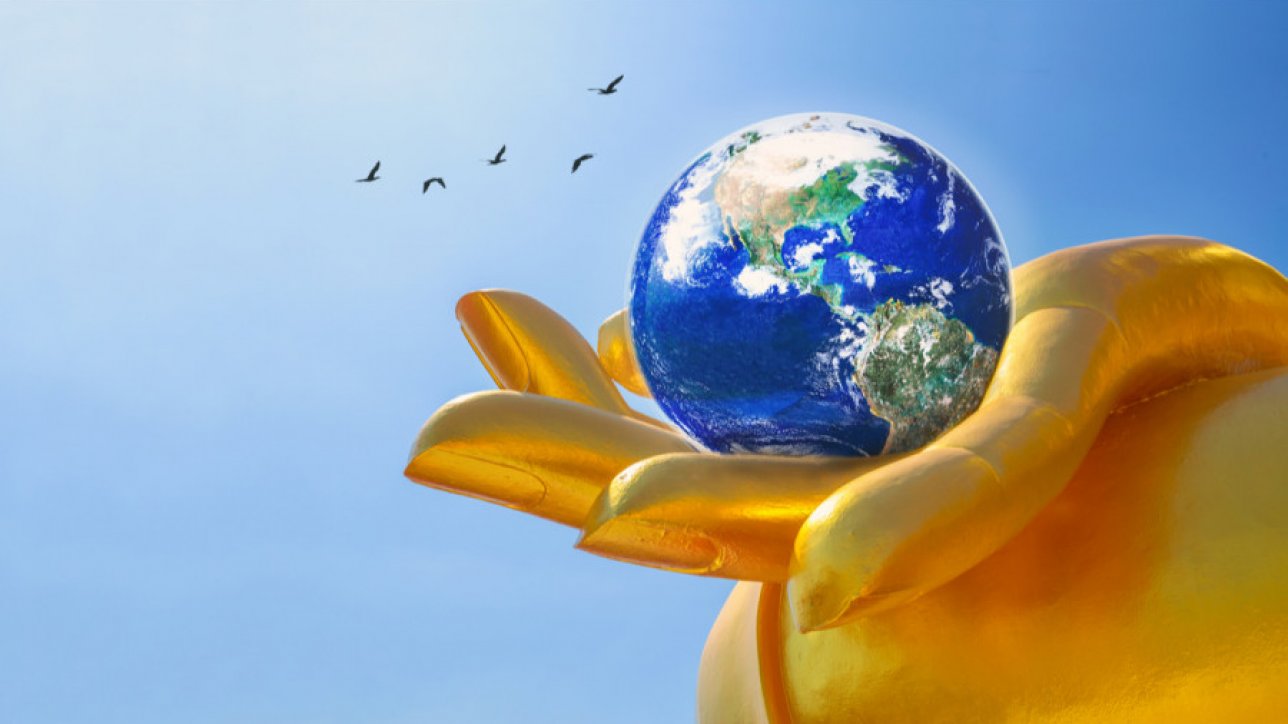 Forgetting the religious aspect, Buddhism can still be used as a cultural tool to connect Nepal to the world.

On this week falls the 2565th Buddha Jayanti. The Theravada-influenced celebrations regard this day to be the day Siddhartha Gautam was born, and also the day he attained enlightenment and nirvana. Different Buddhist sects and countries have different calendars that they hold as the correct. Therefore, it would be good to discuss Buddhism as a connector when we all are locked in our homes but connected to the world through technology.

While Buddha spent a lot of time in Nepal after receiving enlightenment, his teachings have remained very limited. Apart from the narrative that ‘Buddha was born in Nepal’, we do not have Buddha’s teaching or way of life integrated into the school curriculum. The years of Shah and Rana rule isolated Buddhism. During the Rana rule, Buddhist monks were expelled from Nepal and took refuge in Kalimpong in neighbouring India, where institutions like Dharmodaya Sabha continued to preserve practice amongst the large Newa diaspora that were linked to trade with Tibet.

Tibetan Buddhism became the most prominent amongst the Buddhist sects in Nepal and the Himalayan region, as the Buddhist monks were also the political rulers in Tibet and in Ladakh, Sikkim, Bhutan and Arunachal Pradesh, the monasteries were parallel political power centres, much like churches in medieval Europe. It is a little known fact that Buddhism was introduced to Tibet from Nepal, with Princess Bhrikuti in the sixth century and later with the Buddhist master Padmasambhava who meditated in Pharphing, Namo Buddha and Mustang. Atisa Dipankara, a Buddhist master from the Pala Empire (current day Bangladesh) travelled to Tibet through Nepal. Guru Milarepa resided in the Tsum Valley in Gorkha; this valley still does not allow animal slaughter. The Tibetan inscriptions use the Ranjana script used by the Newar language and popular art like Newa Paubha became Tibetan Thangkas. In my book Unleashing The Vajra, I explore the journey of Arnico to the court of Kublai Khan, who is regarded as the one who built Buddhist temples in Beijing. This was in contrast to the history lessons that I read in school, which said that Kublai Khan was a Muslim emperor. The various theories, writings and oral history passed down from generations for over millennia make the reading around Buddhism with a completely non-religious perspective interesting.

The major writings on Buddhism begin with the travel of King Ashoka and his children to spread Buddhism. However, little is written about—and research is only just emerging—on Buddhism spreading with the Shakyas after the loss of the Kingdom of Kapilvastu and the massacre of the Shakyas. To escape death, many Shakyas fled towards the Kathmandu Valley, where the Vajracharya priests accommodated them in their own category despite the Shakyas belonging to the warrior class. Many more members of the royal family of Kapilvastu migrated as far as current-day Burma and Afghanistan. With more people getting interested in Buddhist anthropology, more accounts of these migrations will emerge. King Ashoka is known to have spread Buddhism to Sri Lanka and from there it moved to Southeast Asia. The Mahayana tradition began in China and moved to present-day Korea and Japan. The Ch’an school, based on the Sanskrit word dhyana, started taking root and later became Zen.

History is always written by the conqueror and in Nepal, the Mallas, Shahs and Ranas who were devout Hindus regarded Buddha as only a part of the Hindu pantheon and never wanted a practice-based sect to challenge royal patronage of Hinduism, especially when the rulers purported themselves as the reincarnation of gods. Therefore, Nepal as a state never looked at pushing scholarships and research around Buddhism.

After World War II and the challenges of the Cold War, the annexation of Tibet by China and the ghastly events of the Vietnam war, peace became a mantra and there was tremendous interest in Buddhism in the West. The rise of the Dalai Lama as an icon of non-violence and compassion made Buddhism a cool thing to embrace. In Nepal, Lumbini was to be developed and the Shah Kings quickly took over control through the establishment of the Lumbini Development Trust, which in Republican Nepal functions as an extension of the political party machinery. Lumbini Buddhist University, founded in 2004, has been producing some good papers and research connecting Nepal’s history to Buddhism, but a lot more can be done.

Tibetan Buddhist monasteries in Nepal have dotted many hills across the country, and many of them attract many foreign visitors in search of Buddhism. They like to position their form of Buddhism as connected with Tibet rather than Nepal because that connection has better brand value and appeal in the West. The opening up of China towards indulgence in Buddhist practices will lead to more stories and perspectives, as it has preserved Buddhist history and writings like no other country in the world.

During my visits to Buddhist centres, many stories have emerged. In Indonesia, where the world’s largest stupa-style Buddhist temple, known as Borobudur, resides, there are stories of Gunadharma—the artist who built the temple—actually coming from Lalitpur in Nepal. The Pala dynasty in what is now Bangladesh had strong connections with Nepal. The tradition of the Vajracharya priests chanting the Charyapada and Charya dances actually originate in Nepal, but folks here do not want to concede that much. In the monasteries of Ulan Bator, we learn of exchange visits of monks between there and Nepal. The most surprising for me was to discover the Republic of Kalmykia in the Russian Federation that is 10 times the size of Sikkim but half the population is predominantly Buddhist with strong ties with a few monasteries in Nepal.

In Boulder, Colorado, I met people who talked about how Buddhism came to the West millennia ago through Mexico (the names Guatemala and Maya have a connection with Buddhism and the indigenous people of the United States have practices similar to Buddhists). There are people who also tell you that the conversations between Nagasena and Indo-Greek King Menander (referred to as Milinda in the famous book Questions of Milinda) could have influenced beliefs and practices in Christianity. The Aesop’s Fables find their roots in the Buddhist Jataka Tales.

The attempt is not to prove who is right and who is wrong. I find it important to understand the different perspectives emerging from different parts of the world when you look at Buddhism not as a religion you follow but as a connecting tool to understand.

If Harry Potter, a fictional character created by a human being can gain so much popularity and cult, then why can’t we look at Buddhism as a connector to push Nepal’s own connectivity with the world. We have seen during the lockdown the extent technology can connect the world, when physical contact is limited. The new age explorers are not the ones who will travel the seven seas, but the ones who use the power of the keyboard to connect. Nepalis can surely leverage this to build their own global identity. The world has seen in this pandemic how knowledge, research, wealth and military power can do little if we do not focus on the smaller issues—understanding our own lives, our purpose, our desires, aspirations and priorities. We have been given great time to reflect on our awareness, mindfulness and compassion. There are always new lenses available to look at the same issues. This will be the best way perhaps to celebrate Buddha Purnima, a national holiday.