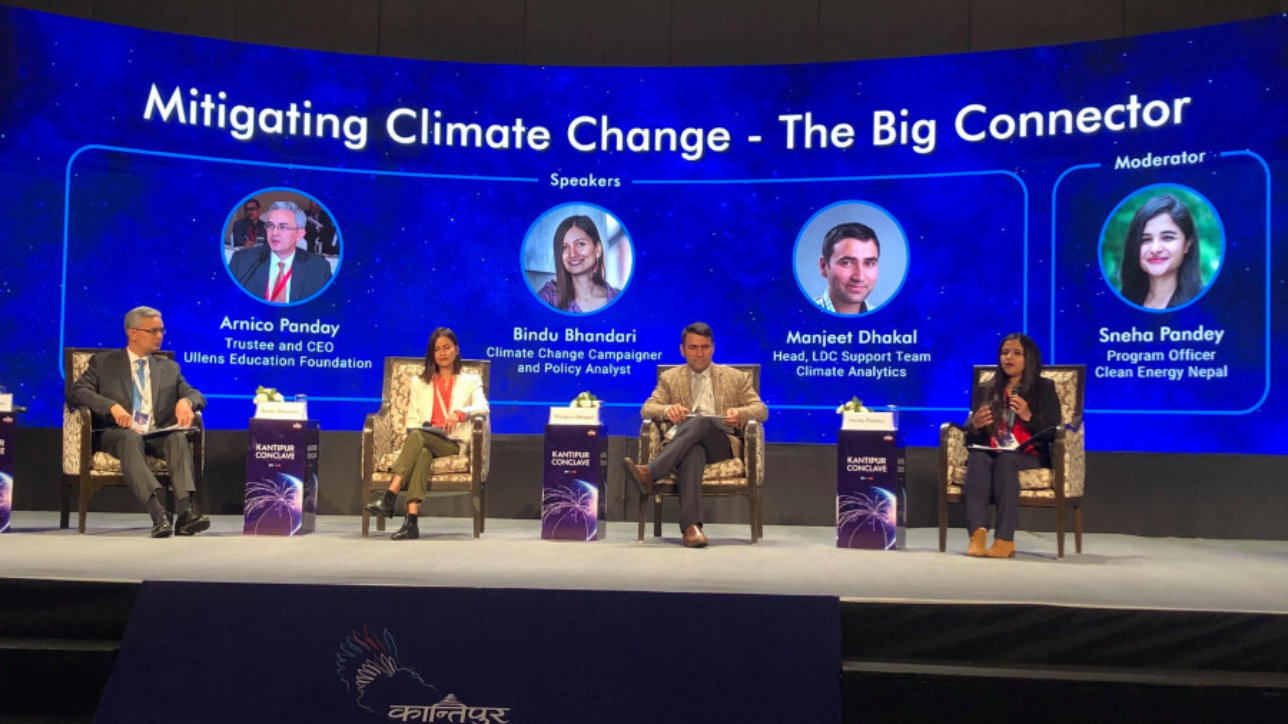 The recently concluded Kantipur Conclave had many lessons to give, especially for the ones willing to learn.

The two-day-long second iteration of Kantipur Conclave ended on Saturday, February 8. The greatest positive feedback the organising team got from conference veterans is that the event was world-class. In Nepal, where we love to complain about the things that do not work, this was a lesson that undertakings can be achieved in a way that meets global standards. The conclave had many lessons to give to the people who were willing to embrace it.

Along with the positive response, we were also alerted that in case Nepal wants to position itself as an international conference-hosting country, the airport management and infrastructure has to improve dramatically. There were a few interesting conversations at the speakers’ lounge on this subject. One of the speakers put it in an interesting way: high profile speakers and participants may know that there are great things ahead once they reach the hotel, but many will not be willing to endure the wait at the airport—with the old-school security checks and chaotic baggage claim—to get there. Global travellers who zip in and out of locations every week do not want to deal with the stress.

What was also interesting were how people responded to the new way of collecting questions for the panellists. At the conclave, all audience questions were collected through a mobile app. This was the only way the organisers could manage 10 sessions in a day and make it engaging for everyone watching. I had phoned a gentleman who I thought would be able to contribute meaty questions. But when he realised that he would not be able to stand up in the limelight while posing the queries, he decided not to show up to the conference altogether.

In Nepal, when it comes to events, people are very individual-focused. We see that many people do not come if they are not to speak. But what’s intriguing is that a few of the expatriates based here have also begun to absorb this trait. Listening is a difficult art and the patience to listen and internalise is something that South Asians have to learn.

It was also surprising to see the hall become crowded for the session with Nepal Communist Party Co-Chair Pushpa Kamal Dahal. This, while the other discussions were not nearly as jam-packed. Why is it that even when one can attend for free—as the majority who had invitations did—most only choose to attend speeches by politicians? It still amazes me to see the level of fondness Nepalis have for politics. The same people who deride politicians and accuse them of creating Nepal’s challenging state also show up to such talks and clap their hands to the statements being made. Perhaps this can be the subject of a book.

For the first time in Nepal, we were exposed to a multi-faceted discourse around connectivity. Bruno Maçães brought with him the Eurasian view of looking at the region, and his views were striking. Maçães comes from Portugal (and is a former minister), where the population stands at just around 10 million. Yet, the Portuguese never think they are a small country. He said that Nepal, by comparison, would be the fifth-largest country in the EU by population, and sixth by area. But we are made to think that we are small, sandwiched as we are between two large neighbours.

C Raja Mohan articulated the future of South Asia, and this conclave, perhaps, will be remembered for recalibrating the discourse around what South Asia means. Andy Mok gave us a first-hand account of how China thinks and acts; Nepal needs to be proactive and not reactive with a country that plans for decades. But the biggest message that emerged out of the keynote session was that like the hotel business, a country’s prospects centre around its location. And it is not important only to have the right location—countries need to learn to leverage it, too.

The discussions were diverse and fascinating. The sessions even managed to analyse the globalisation of health challenges, like the current novel coronavirus outbreak. We had a chance to listen to amazing individuals like Sagar Tamang, a man who only came to Kathmandu from his hometown in the nineties and worked as he went to college, and who has since worked his way to lead a multinational team in a global market research company based out of Singapore. Such individuals will hopefully inspire many to rebrand themselves and hold themselves in higher regard.

Mohna Ansari questioned: ‘Why are we not proud about our country?’ Perhaps when we learn to be proud of ourselves, we will be proud of our country. The world of art and culture continues to be the biggest tools to help bridge and expand connectivity. As Namita Gokhale explained, the book trade is one of the most primitive ways to exchange knowledge; the way it has been taxed in Nepal is appalling.

The biggest takeaway from the conference has been that connectivity requires an open mindset. Many have dubbed me the walking LinkedIn. Yes, perhaps we can only reap from connectivity if we ourselves are open to connecting with people. People can connect cultures, societies, businesses and organisations. Countries that have people willing to further connectivity in various forms always benefit from it—history has proved as much.