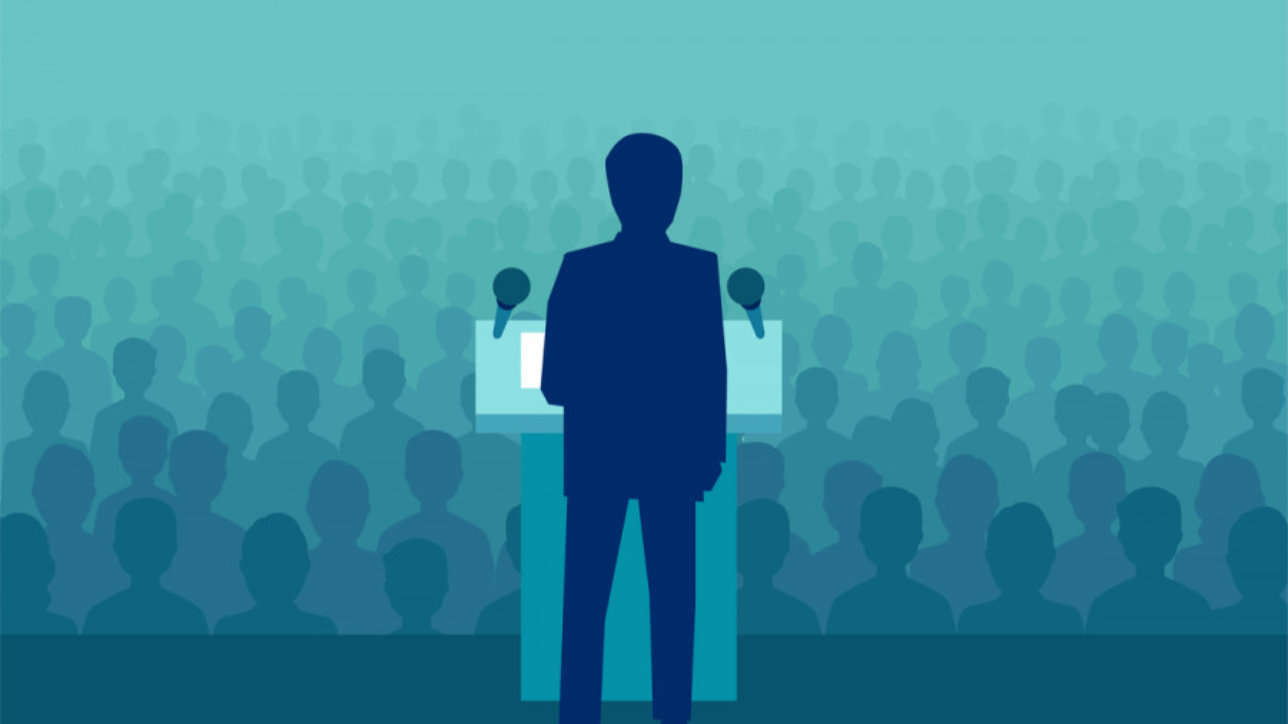 A remnant of the feudal past, people are always willing to dole out speeches but never willing to listen.

Last week, a national consultative meeting was held for the planned Sagarmatha Sambaad. The Sambaad is a multi-stakeholder forum that the Nepal government has initiated and plans to host in April next year. It was heartening to see the foreign minister and the minister for forests and environment sit there and listen through the session. Foreign Minister Pradeep Gyawali explained very well how dialogues differ from workshops, conferences and seminars. This prompted me to really look at the issue of why Nepalis do not have a culture of dialogues. It is due to a lack of this culture that arrangements, from business deals to political settlements to family issues, do not come to a logical conclusion.

The culture of speeches

I was tweeting a lot when I was attending that event—frustrated listening to people blabber and speak endlessly. It seems that people compete on the length of their speeches rather than their content. It is very easy to spot the usual suspects: People who will speak in a condescending way expressing their superiority in the subject. Perhaps, our speech-making habit comes from the way there is no room for critical thinking or the culture of challenging assertions. Much like the religious leaders, they seem to be influenced by, Nepalis like to push through one-way communications. Sermons are more revered than interactions. If one can quote verses in Sanskrit, then one is revered even more. It is due to this that self-declared intellectuals embark on the journey of teaching others. Since our culture shuns the practice of putting viewpoints across, the individuals fed up with this are ostracised. Like in politics—where the able become the silent majority—the mediocre rule in all aspects of Nepali society.

Keeping the youth and women out

The irony of Nepal is that 70 percent of the population is under 35 years of age, but male senior citizens (65-and-above), constituting perhaps 2 percent, dominate all discourses. In a culture where age and seniority are revered, this is the biggest impediment towards bringing about change in the way we think or do things. The youth and women are generally ignored across all sectors. Lisa Honan, Head of the UK’s Department for International Development (DFID) for Nepal, shared at an event how she was the only female speaker out of the 90 speakers in the recently concluded Infrastructure Summit.

Usually, at such events, panels of nine or 10 people ramble on; the rest of us are left wondering what these speeches by men in the panels lead to. As it is, these sessions are supposed to be dialogues. Even global firms like KPMG, which was the knowledge partner in this event, had to succumb to the Nepali culture of alpha male domination. When I chatted with the organisers, they shared their helplessness on how, in Nepal, things can really go out of control. The Nepali culture also extends to wherever Nepalis are. I had tweeted about a diaspora event in Europe, where the panel consisted of 13 men of Nepali origin—all over 40 years of age. There was not a single woman panellist. Perhaps this trend reflects the way we treat women and the young at work, in our homes, and in society at large. Until we begin to include these marginalised groups, there will be no dialogues—there will only be boring people making boring speeches covered by boring media outlets.

It is important to analyse where this trend of one-way communication began. People need to understand that they were designed under a feudal system, where monarchs and those close to palace graced what they deemed to be important occasions. When television stations were established, a protocol developed where state-owned broadcasters would only cover events that ministers attended. Therefore, the culture of competing to invite ministers began. The private media houses continued this trend. In the 1990s, the competing development partners popularised this as they had more direct access to the ministers than general Nepalis, and ministers never said no to an invitation from foreign agencies.

Things have not changed much since. We still observe ministers gracing programmes of all kinds; the youth keep asking what this is all about. With agencies and institutions having social media pages, the tokenism has now shifted to social media. Nepal used to be known as having one of the highest numbers of reports published per capita. We now have moved on to having the highest number of Memorandums of Understanding (MOUs). Social media platforms are flooded with pictures of signing events. This craze for instant fame has affected the younger generation a lot. Entrepreneur-mentors such as Ashutosh Tiwari and Suman Joshi have been venting their frustration on how young people get caught up in fame. These young entrepreneurs subsequently ignore the businesses they had planned to build.

With Nepal Economic Forum conducting over fifteen dialogue-based events in the past six months, the key lessons have been that those who are seriously interested come to chat and listen. They are not there for photo-ops. When people ask us why some government officials or other key individuals do not come, we share our experience of people who demand preferential seating (preferably plush sofas) or the opportunity to make speeches and how such people do not attend. There are plenty of lessons on what works and what does not. The learning will continue.