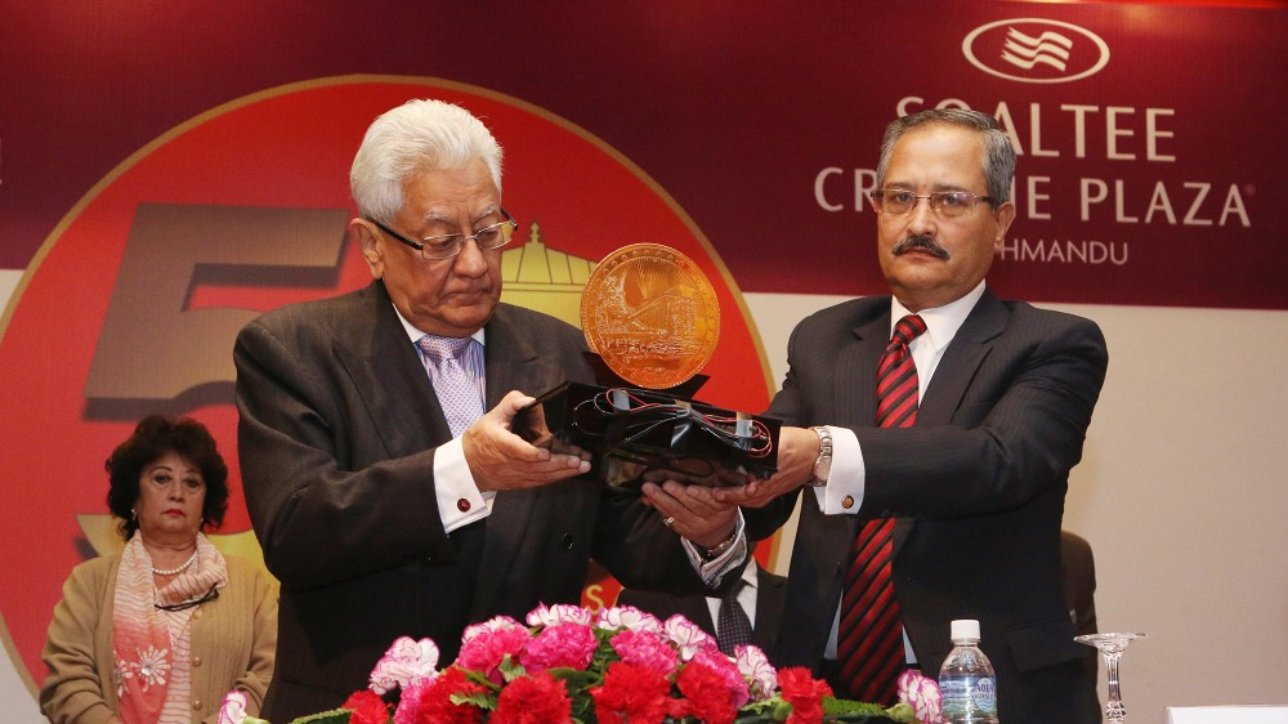 In the basement of a building at the Soaltee Hotel, at the end of a long corridor, a room exists where many major decisions have been taken that have changed the fate of the business, the country and its people. A room occupied by Mr Prabhakar Rana for four decades since the building was added at Soaltee in the late 70s, this room saw luminaires from around the world for breakfast, lunch or tea, and of course, lots of conversations. I walked this corridor in 1989 when I joined as a trainee as part of the Chartered Accountancy course. I got to meet Prabhakar Rana when he was the chairman of the Soaltee Hotel. He was one of the most influential people in Nepal and contrary to what I had heard, he was such a warm person;  his messages of inspiration are still fresh in my heart. Later, the walks along the corridors to his offices continued–and became more frequent–as I took on more responsibilities and moved up the ladder. The board meetings, the pow wows, and getting introduced to amazing people from around the world–all became a part of my life. The business expanded, the diversification of business and partnerships grew, but he remained the same astute business person.

After I left the group in 2008 as Group President, my relationship with Rana became a different one. We did not have the baggage of the association of being of an employer and employee, and the relationship grew into one of a mentor and mentee. As I started Beed, the firm I still lead, he introduced me to people who became our clients and continued to help expand my network. He continued to be the brand ambassador one could dream for. He joined the Nepal Economic Forum, the think tank I chair, as an Advisory Board member and provided the much-needed boost to push it to the next level. When in Kathmandu, he attended every event we hosted, and never did they end without quick feedback on what he liked and what could be done better. The big lesson I learnt from him, which I will always cherish, was to take feedback consistently and act on them. Many things will be written about him, but for me, three key things stood out.

I got to meet many people from around the world in my career, both at home and abroad. The character that distinguished Rana from any other Nepali was that he was truly global. He can be regarded as one of the few Nepalis who traversed the world, provided opinion on global affairs, had a fantastic network, yet resided mainly in Kathmandu. I learnt from him that you can be global at the same time be grounded in Nepal. His rolodex comprised of the who’s who in the world and he ensured he kept in touch with people. He planned his itineraries meticulously and never forgot to call people that he could not meet. Rana was magnanimous in hosting people but was never opulent. He had a class of his own that reflected the breakfasts and meals he hosted–or even just the simple conversations over tea. An avid reader, he kept in touch with world affairs and many of us agreed on the fact that even till the last meetings we had with him, we emerged out of meetings learning two new things. His mind traversed the globe in seconds and he was futuristic in his thoughts. When Rana told me in 2006 after the second Jana Andolan to be ready for a decade of transition in Nepal, we did not believe him. But it turned out to be true. When he talked about the rise of China a decade ago after the Beijing Olympics, we could not really understand the extent to which he saw the world polarising between the US and China. When he talked about the rising world of authoritarianism we did not understand, but in one of my last meetings with him, he did emphasise, ‘did not I tell you?’

I learnt many personal lessons from him too. Like how to detach and move on. In a country where family feuds are omnipresent and succession in families messy, we learnt from him what a handover meant. When he passed on the mantle of the group to his son Siddhartha, whom I got to work very closely with, he really did let go of the business. He intervened at shareholder meetings and advised us only if we went to him to seek advice. In the Nepali business world, Rana became synonymous with transparency and professionalism. He partnered with the best companies in the world and hired the best people. He learnt how to keep ownership and management separate. He ensured that his people were empowered, but also that they were accountable. Rana believed in fair competition and pushed for global standards and delivery. His values are a stark contrast to the current Nepali business world of cartels, blurred ownership and management structures, myriad of conflicts of interest and nexuses between business and politics. In the later years of his life he lamented on the way Nepali businesses had evolved and how the different chambers and associations he had founded and he was associated with had ‘fallen from grace’.

When I saw him in September in New York battling in a hospital room, I thought as a fighter he will fight and that we will again meet as he had promised for lunch in either New York or Kathmandu. That lunch never happened, but we are hopeful that a book will come out in the future that will help us learn more about a man who redefined Nepali identity and business.