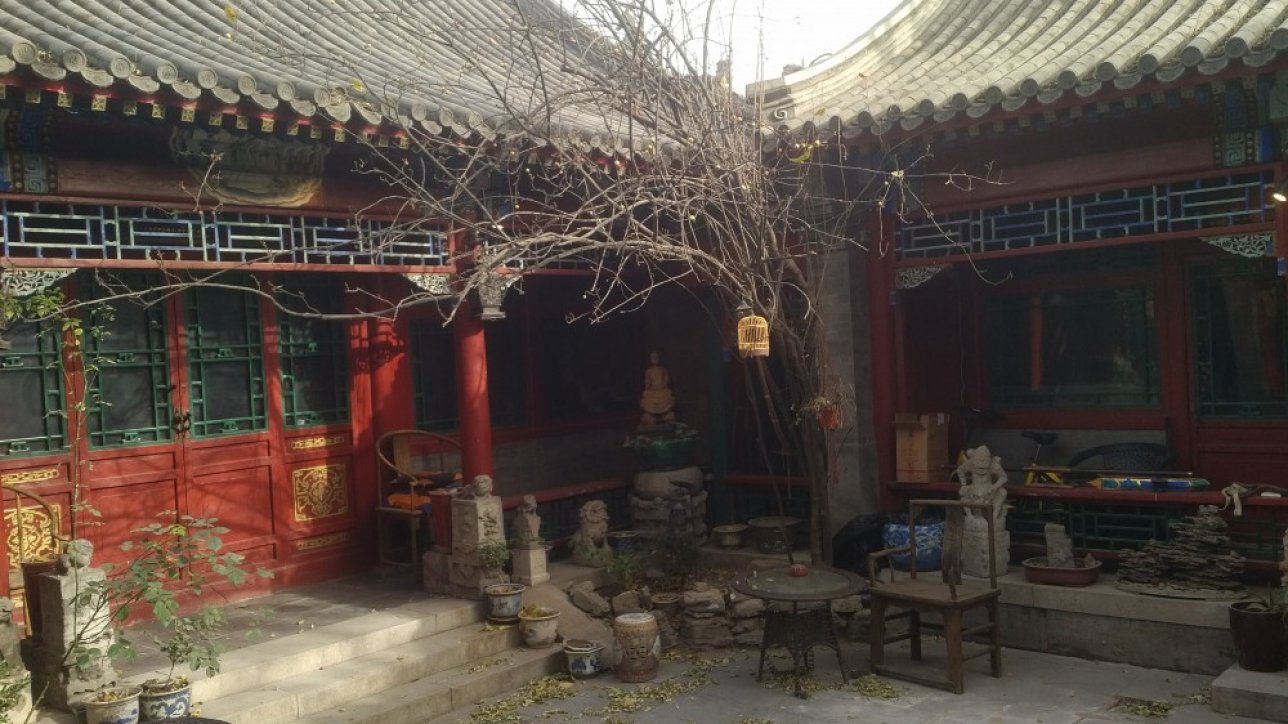 Narratives about the relationship between Beijing and Kathmandu often enunciate cultural and historical differences rather than highlight our threads of similarity. But for those who look closely, these threads, which link China and Nepal’s religions, cultures, and histories, are not just written in our ancient literature but are also written into our streets.

I stumbled upon the latter during an exchange with a cab driver while on a recent trip to Beijing. When I told him where I was from, he responded with profound excitement.  Rummaging through his local knowledge, he explained in detail how his city was built by Araniko, one of Nepal’s most famous architects.  During my time in Beijing, the cab driver’s excitement lingered with me as I noticed how Araniko’s work was written into the city. For example, a plaque at the White Pagoda at Miaoying Temple acknowledges it was ‘built under the supervision of Nepali architect Arniko in 1271.’

Rather than focusing on difference, it is important to approach Nepal and China’s relationship with a variety of lenses. Through this approach, we can better understand our shared ancient history and leverage these threads of similarity to strengthen our cooperation and conservation efforts.

Courtyards have been a prominent hallmark of the now inner cities that comprise Kathmandu valley. Bahas are courtyards that house places of worship dedicated to Gautam Buddha and follow the Vajrayana tradition of worship. The word is used in the Newa language to explain the conglomeration of monasteries or vihara. The bahas have essentially become a way of living as it has historically fostered the continued congregation of people from various walks of life.

When Arniko, at the behest of Emperor Kublai Khan, travelled to China to design the monastery and city of Beijing, he might have taken the contemporary living systems from where he came from as an inspiration. In this context, walking through the Siheyuan of Beijing felt a lot like navigating Kathmandu’s bahas. Siheyuan, which literally translates to ‘four sides of a courtyard with the garden in the center’, were ubiquitous in some parts of Beijing. The hutong or narrow lanes connect the various courtyards in striking resemblance to Patan’s bahas. The chatter among residents, the sense of knowing each other and the lingering warmth of the historical places felt so similar to Kathmandu streets.

The more one explored the inside courtyards of Beijing, the more similarities one could find with the courtyards of the Kathmandu valley. The structures of lions and tortoise along with other animals that line entrances, the frescos on the walls, or the beautifully detailed wooden gate structures, doors and windows—the place bore much resemblance to things back home.

It’s interesting to note that many of these old courtyards have also aged in ways similar to their counterparts back at home. While some have given in to house multi-storied large structures, it’s clear that both countries recognise the historical and social value of these architectural designs and are actively working to preserve them in innovative ways. In both countries, the usage of exposed bricks in courtyard areas illuminates a sense of ‘historical modernity’—which has grown increasingly popular as a tourism strategy. In both countries, some traditional courtyards have been converted into boutique hotels. I encountered this in during my stay at the Red Capital Club. The hotel, owned and operated by Social Entrepreneur Laurence Brahm as part of the chain of Shambala Serai hotels, provides a modern peek into history. I was reminded of the many similar initiatives by Nepal-based private actors to restore Patan’s traditional houses into boutique hotels. According to Brahm, these kinds of restoration efforts will appeal to tourists who are seeking high end experiences in local contexts and will disrupt the traditional models of tourism.

The history of Nepal is largely learnt and understood through western writers. Newa culture, which primarily defined and contributed to the history of Kathmandu Valley, is largely based on oral tradition, and consequently, it is difficult to retrieve a clear description of history from it. Further, the ban imposed on the Newa language and Buddhism in the 104 years of the Rana regime ensured that whatever little would have remained in the mid-1850s, in terms of oral tradition, vanished as much as possible.

Now, Nepali scholars studying in China are discovering a wide range of literature in various Chinese languages that fill some of these historical gaps.  With archival processes in China improving and old texts and documents being made more accessible, researchers with the required linguistic skills will undoubtedly uncover more of these historical and cultural threads of similarities.

As we discover more threads of similarity between Beijing and Kathmandu, a promising next step is to leverage the technology and research driven museums in China to help in the efforts of learning as well as conservation.

The central exhibition at the Beijing Palace Museum showcased Buddhist sculptures from the SWAT valley of now Pakistan to the North east India, Tibet and China. There were many pieces from Nepal too. Nepal never believed in having good museums, as selling pieces to collectors was seen as a more lucrative endeavor than keeping it in museums. The notoriety of many people close to power in engaging in theft and trade has deprived the current generation from witnessing some of the most magnificent pieces of art. This would also ensure that this subject does not become monopolised by a few agencies who portray themselves as guardians of conservation around the world.

Above all, with more people-to-people interaction, further cooperation will be fostered. This would perhaps give us more deeper understanding between the connections we share—be it through a deeper exploration of the physical designs of the bahas and the siheyuan or a closer look at our entangled ancient histories.