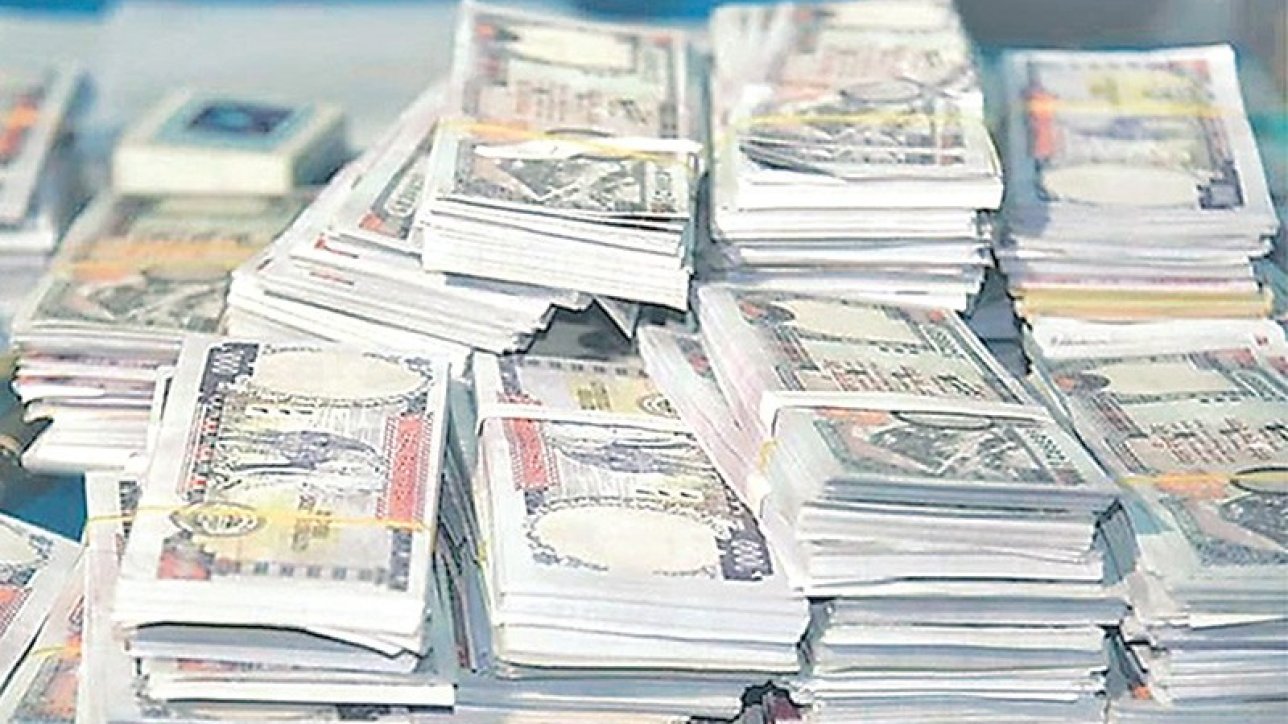 Contrary to the propaganda established by the current Indian administration on projecting a stable Indian Rupee, the currency has fallen 22 percent in the past four years. From close to Rs 59, it is now close to Rs 74. The impact of the failed demonetisation, among other reasons, have impacted this fall.

Nepali economy is a 1.6 one. That is, for every impact on the Indian Rupee, we get hit 1.6 times. This political exchange rate has never been reviewed. Despite being a  USD 30 billion economy that has its currency pegged to another currency, we have not thought it important enough to have a mechanism to review this and continuously monitor it. Since the mechanism began 50 years ago, no one has been able to explain why the exchange rate is 1.6 and what will change this.

When India declared that sets of bills in circulation would lose their value and be nothing more than pieces of paper, there was a lot of outrage. Ordinary people spent hours queuing at banks to get rid of the bills. A mechanism that was thought to be a tool to curb ‘black money’ became a big joke, as more than 99 percent of the bills were returned to the banks.

The Indian Rupee is informal legal tender in Bhutan and Nepal. There is a free flow of the Indian currency in these two countries. While a mechanism was developed for Bhutan to give back the demonetised Indian currency, for Nepal, there has been no such mechanism. Nepali institutions, including the Nepal Rastra Bank, who has a stock of Indian demonetised bills, are left to believe it is now just a piece of paper. The media houses in India that support the current administration made a lot of noise about Nepal holding over $ 1 billion dollar of demonetised Indian rupees, as Nepal remains to be seen as a hub for terrorism financing.

The big question therefore now remains: how much can we trust the Indian Rupee when demonetisation happens? The low trust in bilateral relations cannot resolve issues. So, if there is a big problem with the Indian currency, will the damage in Nepal be handled without impacting its economy? No one has been pondering on this question, but we should.

Free from being India locked

Nepal is in talks of signing the trade and transit agreements with China, but this does not mean Nepal’s economy has finally been freed from being India locked. If the intent of the government is to diversify trade and investment, then it is also time for it to think about whether it needs to diversify its currency basket. Globally, the Chinese Yuan or RMB is becoming a currency to reckon with, as the value of the USD is declining. The situation is not ‘either-or’ for Nepal, but it is something to ponder on.

With the way, Nepal-China relations are going, Nepal will see surely more investments from China in the years to come. Further, with Chinese outbound tourists crossing the 150 million mark in 2020, and aiming to close the 250-million mark in 2030, it is obvious that there will be more Chinese tourists visiting Nepal, especially because by the time Bhairahawa and Pokhara airports will get completed. With Buddhism becoming more openly discussed and embraced, the birthplace of Buddha will be a must-visit place for Chinese tourists in years to come. There are currently more weekly flights from China to Kathmandu than India, and this trend will probably not reverse.

Whenever Nepali exchange rate is discussed, the inflow of remittance is never brought up. The $6 billion that comes in remittances does keep the currency flow coming in to balance out the $ 10 billion export. If we continue going at this rate, in 2030, the economy will be $ 100 billion,  and we could be talking about $ 25 – 30 billion of annual remittances coming into the country. We need to start understanding what the impacts of such a large amount of US dollars coming to the economy will do on the exchange rate.

In Nepal, planning is not something we really enjoy. We send out for food to be bought only after the guests come home! We can never anticipate problems and are very bad at dealing with them. The way the  Nepali government handled the Indian Rupee stock issue after demonetisation is appalling.

The time has come to think of the future of the Nepali Rupee and what will be the best mechanism to keep its value strong. It is not necessary that the current arrangement has to change, but we need to know why a certain decision is being taken. If there is a peg with the Indian Rupee, then should it not be reviewed when there is a big inflow of US Dollar coming into the country through remittances, something which was not there at all when the peg was changed to 1.6? Is it time bring it down to 1.3? Further, is there a need to move to a currency basket of INR, USD and RMB? If so, by when should we do it?

Perhaps, the Nepal Rastra Bank needs to work on a Nepali Rupee 2030 paper and plan. We are always there to help work on it.