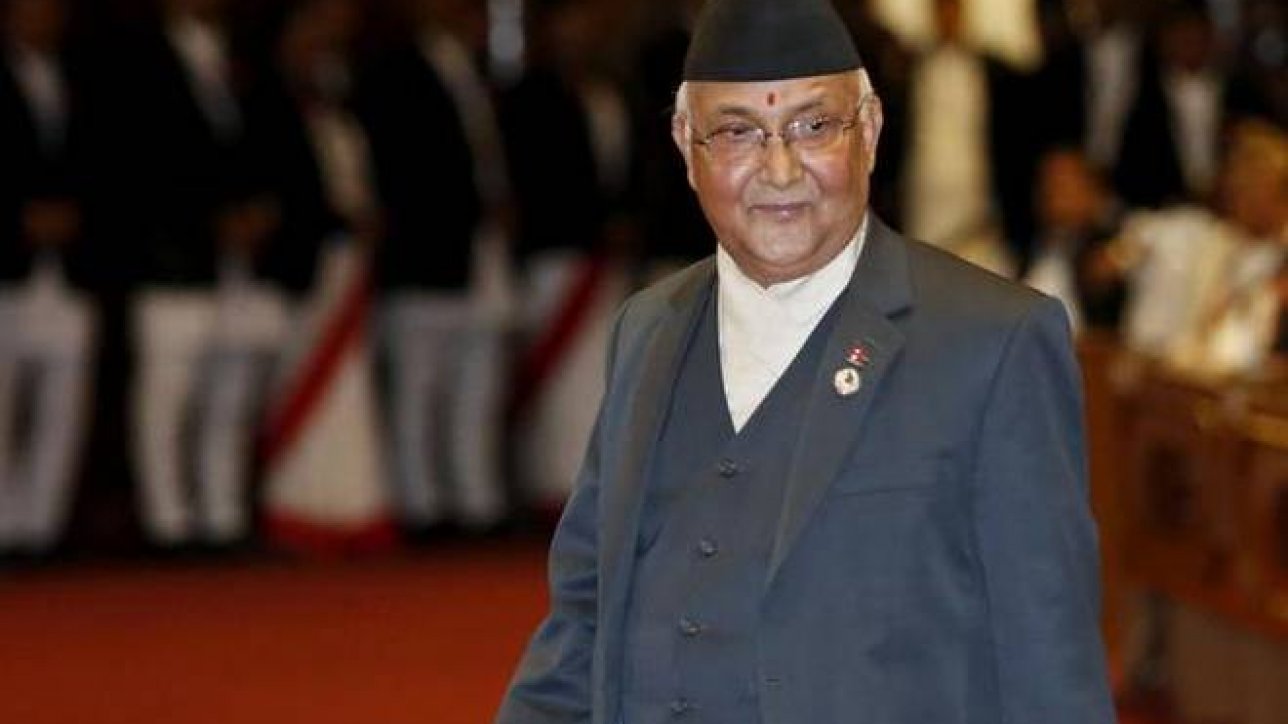 After his visit to China, Nepali Prime Minister Oli continues to ride a populist wave

In Nepal, after Prime Minister K.P. Sharma Oli returned from China last month, his second trip — but also his first as a leader of a coalition that commands a two-thirds majority in Parliament and has governments in six out of seven provinces — the visit was hailed as a great success. With so many media houses affiliated to the current ruling coalition, no stone was left unturned to broadcast it.

This visit had much significance as Mr. Oli had made his first visit as Prime Minister to China in March 2016, as Nepal was just recovering from the Indian blockade that had paralysed lives. Whipping up anti-India sentiments as Nepali nationalism has been common since the Shah Kings and Rana rulers, but the blockade of 2015 was different. Nepalis, who had been hit by a major earthquake in April 2015, were still recovering. And India’s blockade, coming against the backdrop of Indian reservations about the constitution Nepal was adopting, changed the course of bilateral relations. An entire generation of young Nepalis, who were already alienated from India due to the opening of newer education destinations, saw the blockade as a move against a neighbour which had not got its act right.

Nepal has historically remained ‘India-locked’, rather than being termed landlocked, as it is dependent on India for transit to the seas. Being landlocked is not much of an issue as one can get sea-locked, like the Maldives, but to be completely dependent on a single country for transit rights now became an issue to resolve. During his visit to China in 2016, Mr. Oli, for the first time, managed to push the agenda of a trade and transit agreement with China on the lines with special agreements with India. This trip was to consolidate the moves made two years ago.

With the U.S. receding into its own cocoon, globalisation on the world stage was captured well by China in 2017. It became the enabler of connectivity, world trade and dependency as it pushed its Belt and Road Initiative (BRI) in a hurry. Many analysts say that if it were not for the U.S., the BRI would not have been introduced so early. With Southeast Asia well covered and inroads made in Pakistan, Sri Lanka and Bangladesh, for China, Nepal is the obvious next country for engagement. With India opting out of the BRI, Nepal continues to remain the best conduit for Indian markets for China. Mr. Oli understands this well and has played his cards accordingly.

Therefore, Nepal will be connected with China through a railway network in addition to roads. While optical fibre cables already connect Nepal and China, transmission lines will connect the two countries, providing Nepal a much needed alternative to sell excess power. Rail and road networks will also provide Nepal an alternative for petroleum products that continue to remain the highest imported product.

When one is tired of bad service at a restaurant, it is obvious that one will start looking for alternatives. For Nepal, nurturing the relationship with China is a similar case. It is more out of compulsion than choice. China has continuously maintained and maintains that Nepal’s economic connectivity issues with India are more cost effective than with China and has advised Nepal to work with India. We are yet to see this stance change dramatically.

Therefore, now the onus is on India to rethink on a long-term basis how to recalibrate its relationship with Nepal. Nepal is a place of opportunity for people from the border towns of India. The impact of the Nepal blockade in Indian border towns was so intense that it forced Indian traders to tap their own channels to end it. The perspective has to change in New Delhi to factor in Nepal’s concerns on the open border.

India needs to also realise the new reality that its monopoly over geopolitics in Nepal is over, and there is another relationship that Nepal is nurturing. This comes at a time when there is a sense of hope among the Nepali people, who are experiencing a semblance of political stability after years of insurgency and then of political transition. It is time for India to be proactive and redefine its engagement rather than continue to be reactive. The way India has been flexible with the Eminent Persons Group (EPG) meetings is a good signal. India needs to continue to understand that there is another opportunity to rewrite bilateral and geopolitical history. It should not be squandered.