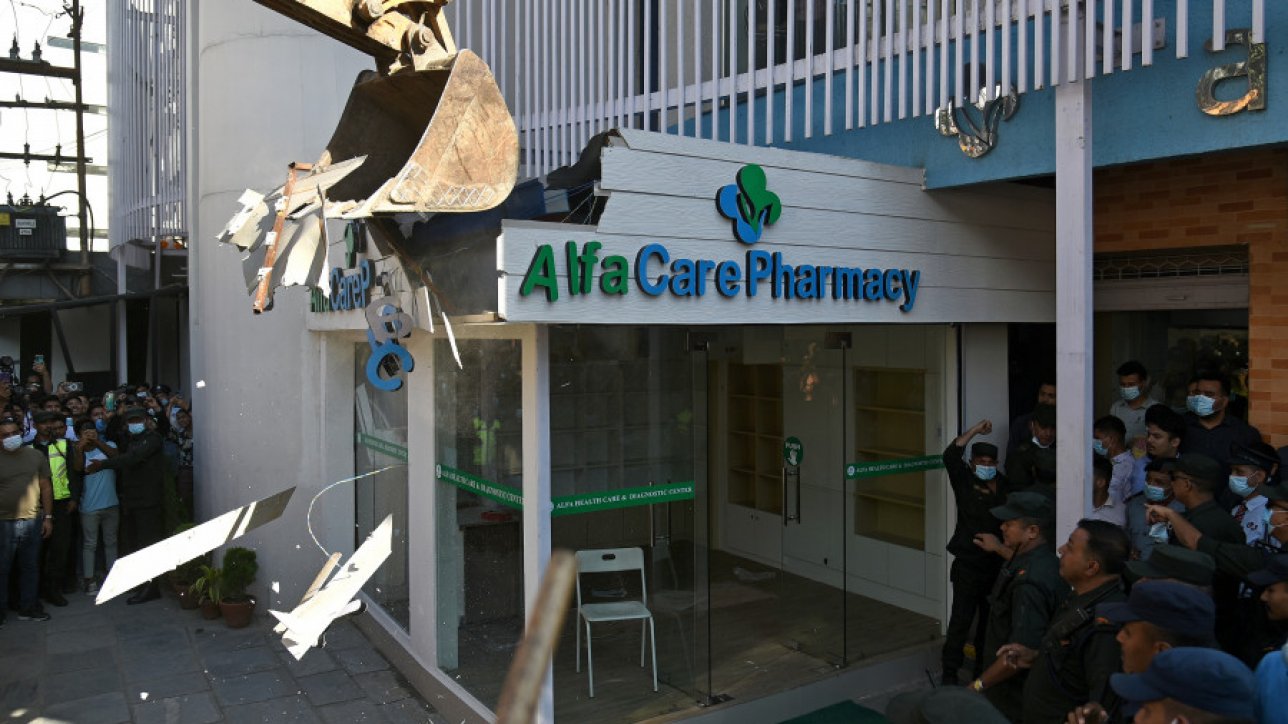 For the past few weeks, social media has been abuzz with videos of unauthorised constructions being demolished. Kathmandu Mayor Balen Shah has been leading the campaign to ensure that buildings have adhered to the approvals they have been given. Underground parking that thrived for years as shopping complexes, eateries and classy bars were taken down. Others were quick to follow the instructions. There were shopping malls and other buildings that took rent from stalls put up on public sidewalks which were torn down too.

People protested as they claimed they had done nothing wrong. Owners used political connections to stop the onslaught. There were criticisms that the action was unlawful, but in a country where stay orders can be obtained through the courts for a price, they could not wait. While the political parties could not come out to support the actions with the elections looming ahead, most of the public cheered. The comments on social media, and the way people circulated the videos with their comments, clearly showed that the Nepali people are not looking for big promises to be fulfilled by political leaders, but small actions like these. Actions that took on unauthorised construction were seen as a victory against corruption and leaders who promoted construction. In the day of social media, optics is important; and Balen, in combination with a go-getting valley traffic chief, delivered.

We would hope to see this movement expand to other parts of Nepal. The majority of Nepali citizens have suffered from the actions of a few. Next to my house, in an authorised furniture factory, is a shed built on open land that produces noise in a quiet residential area and many dust particles float around. Similarly, there is a café and centre that houses exhibitions and events with no parking facilities, and our small lane gets cluttered with the bikes parked there. Coming home from the office, as we turn left into Chakupat road, the bikes of folks coming to the eateries that do not have parking create jams. I remember 25 years ago, when the sheds were being built on public land taken by some private, politically connected guy on lease, I had suggested creating a beautiful tourist shopping centre with handicraft stores. But then, getting the roadside eateries were easier. Due to good turnover, they are willing to pay more rent, and of course, if you have well connected businesses as your tenants, you cannot bully them for sure. In my neighbourhood, it’s navigating such challenges each day, and perhaps it might be the case for many people across Nepal. Your mind space is taken up by these irritants and it is a super frustrating state of helplessness. We do not know where to go as none of the people in the concerned government offices are interested as they will not take on something that provides them with a source of income. Many Nepalis have such stories. The action of Balen Shah has given hope to many Nepalis that perhaps someone is taking on the challenges.

Of birta and jagir

The core thesis of my first book, Unleashing Nepal, was on the rent-seeking mindset and how it has deterred entrepreneurship. It begins with the jagir and birtathat were provided to people basically which were land grants. These people could make money by optimising land use, whether authorised or not. If we look around every part of the country, land next to religious places, educational institutions and public spaces are the ones that are used in a manner that creates the biggest challenges to parking, noise pollution and garbage generation. These lands were controlled earlier by individuals with a political connection to the palace, and later by clubs and organisations that are led by political leaders or have deep ties with people in politics. The maximisation of income can only happen if one can make use of the place against legal provisions. The job of the politician or elected leader was not to take on these people who are making unauthorised or illegal use, but to protect them. The senior leaders of political parties, by gracing the events of such organisations engaged in illegal acts, ensured long-term protection.

Similarly, when one hears that people paid Rs500,000 and used all their political clout to get a job as a guard at a public educational institution, it sounds bizarre. But what people do not realise is that once you get a job as a guard, there is that little store you can open at the gate of the educational institution and let a family member run it, which ensures that your investment is recovered within a year. You can see these shabby structures at the gate of every public educational institution. Now, if you oppose them, there are many socialists who will come and defend them. So you have protection from all sides to run your business from an illegal structure.

While we think this is a generational issue and maybe with young educated people, it will change, the young have not been different. When you see youths parking haphazardly, throwing trash everywhere and not following traffic rules, it does not indicate that education and age are the issues. It is a societal disease that needs a cure. Perhaps, the action led by Balen Shah provides some hope to a few, but it can only gain momentum if the mainstream political parties support it rather than using all their energy in trying to thwart the good deeds. The coming elections will also be a good litmus test to see if Nepalis would want the change makers or if they need old hags-led political parties to protect their illegitimate and unauthorised assets.