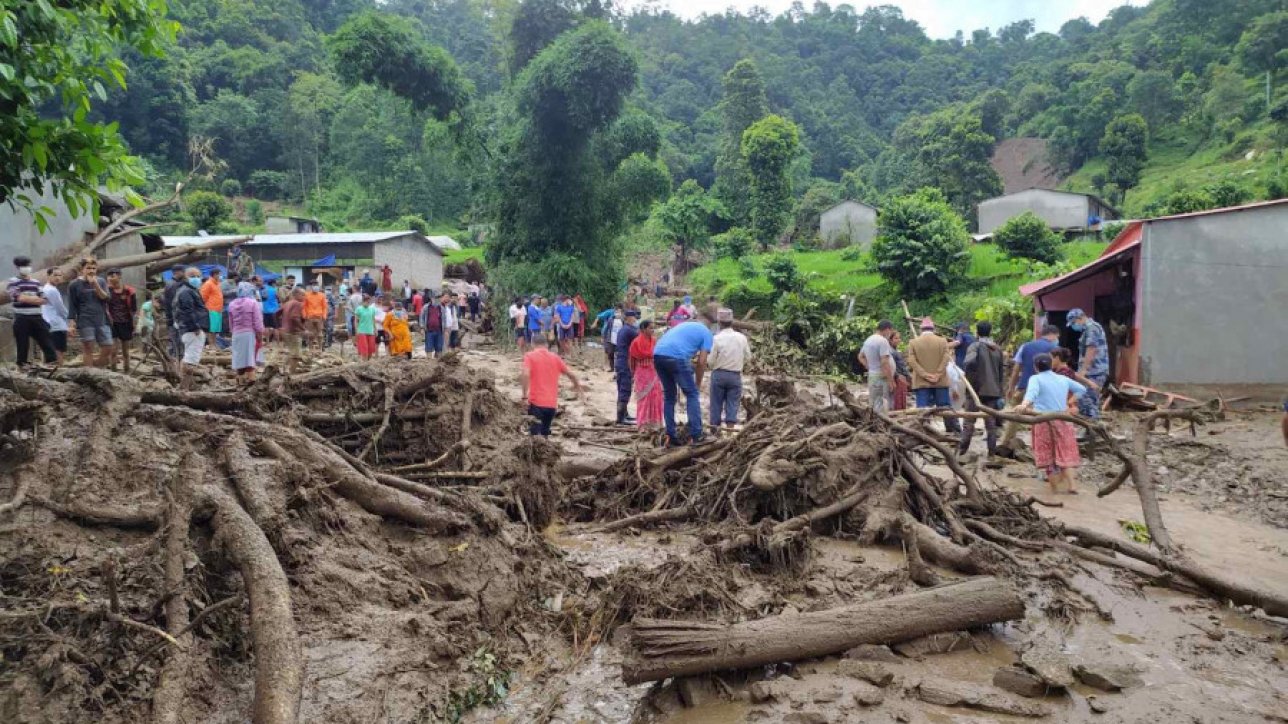 The preparation for COP 27 has begun in Sharm-El Sheikh in Egypt. Countries are preparing the agenda. Actually, preparations for some countries began as soon as COP 26 ended. For Nepal, we like to leave it till the last minute, and since this year COP is going to be held just a week before the federal elections, it is impossible to tell how the government will prioritise the issue.

The climate crisis gets attention whenever people experience extreme weather conditions or face natural calamities. This year, the scorching heat in Europe with rivers drying up, wildfires and flash floods have brought more global discourse. At the same time, the war in Ukraine has also divided the world like never before. Bilateral negotiations between China and the United States have become hostage to the geo-political squabbles between the two countries. As former president of the Maldives Mohamad Nasheed said at the Kigali Global Dialogues, the people who started the discussions at the first COP now have their children talking at these COP meetings.

The Climate Vulnerable Forum, whose representatives constitute countries from the Global South, have not been able to push the perpetrators to take corrective action. When it comes to the Global Climate Fund, while its reports show support to multiple countries, many countries have not been able to get access to funding for climate adaptation due to the long and stringent screening processes. The bigger discourse on renewables, especially solar, also gets complicated as people are worried about China’s control of the market. However, as Ritu Lal of Amplus Energy said, why didn’t people question oil production being concentrated in a few hands, but have issues when solar solutions are skewed towards China?

I have been writing about how it has become necessary to link our religion and culture towards the impact of climate change. While our religion and culture talk about purity, with clean rivers and the mountains being axis mundi of our lives, our religious and cultural practices have only generated more waste, exploited natural resources, and accelerated the impact of climate change. And concerning the issue of health, Nepal has the world’s highest lung disease death rate that can be linked to increased air pollution. Infectious diseases that breed on filth are on the rise as dengue and cholera have become a challenge. Waste management has become a political football that politicians enjoy playing. While segregation of waste and ban on single-use plastic has been mandated by laws and regulations, it is hardly followed. Environment day functions are celebrated using single-use plastic bottles, and the thought about not putting up plastic material flex at events is not something that passes through people’s minds. The rise in social and cultural spending has only generated more waste.

Since 2017, with the formation of local governments, there has been a spike in building ill-planned roads that have been more responsible for natural disasters like floods and landslides. In the quest to outdo each other, rural municipalities and municipalities are converting every open space into entertainment squalors bringing about major impact on land-use management and long-term challenges. This is not different from Himalayan towns and cities in India. There was a tweet from The Bhutanese editor Tenzing Lamsang on the overcrowding of Ladakh during the Indian Independence Day weekend and a reminder of how Bhutan has tried to manage its fragile ecology.

From 2014 to 2019, we hosted the Himalayan Consensus Summit and thereafter handed it over to the government of Nepal to grow into Sagarmatha Sambad (dialogues), but that again became a political football. Nepal is located in one of the most fragile ecological regions in the world, land linked to the world’s two most populous countries and those who have to live up to their commitments when it comes to mitigating climate change. Water will be the most contested resource in the decades to come, and Nepal’s water is connected to both its neighbours. The standoff between the two neighbours does not help. It is in Nepal’s interest to push to take on the leadership position. Nepal needs to push the agenda of how efforts have to be multilateral as problems do not see the limitations of political boundaries. Nepal needs to forge regional alliances to take up major issues. Nepal houses the International Centre for Integrated Mountain Development (ICIMOD) that includes eight countries around the Himalaya including China and India. Such institutions need to work with the government of Nepal and recalibrate themselves to meet the changing needs.

For Nepal, this is also a long-haul issue and our project mindset has to transform to something where we think of a few decades. The timing is right as Nepal’s Green Resilient Inclusive Development (GRID) Action Plan is underway, and Nepal’s Climate Change and Development Report is ready. The agenda for this time would perhaps be to see how we move the next COP to be hosted in Nepal, and also develop Davos-style permanent platforms for the people who are thinking and people who are going to meet.