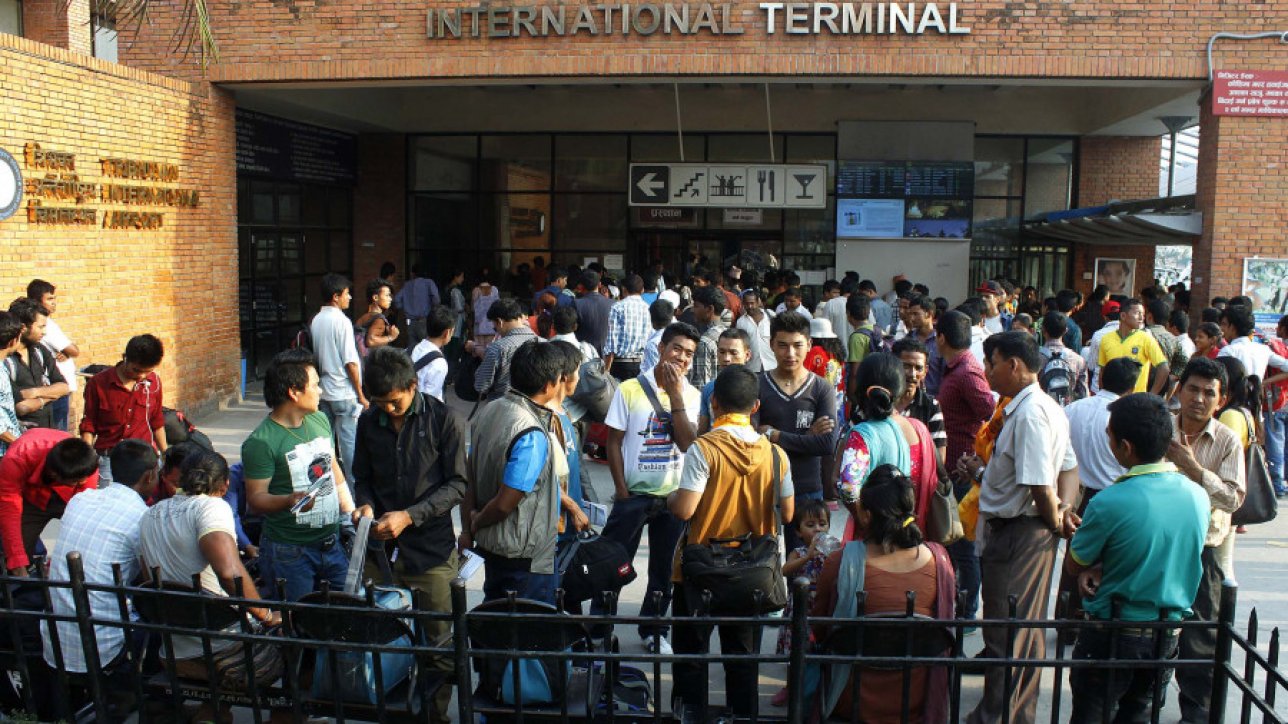 Last week, we read about the new guidelines that are being prepared to restrict Nepalis from travelling abroad apparently to save foreign exchange. The rules range from declaring income and cash to more stringent ones for women. While it is important to make rules that make the informal transfer of money through “hundi” illegal and impose strict curbs on human trafficking, they will not control either as it will give one more source of corruption money.

In the past, many embassies in Nepal required people to submit bank balance and asset details while submitting applications for visas. While in the early days, I was also doing this voluntarily as a chartered accountant to save friends and family members some money, later on, as the scams became more extensive, I stopped. There used to be classified advertisements in newspapers that openly advertised arranging the bank balance required for visa applications. With these scams hitting the roof, many embassies discontinued the practice. In Nepal, since law enforcement agencies are either easy to bribe or too late in understanding the loopholes, it is difficult to enforce such guidelines. If it is done now, to allow some leeway for fellows in government and party people to make some money in different scams to circumvent these rules, then we can say little.

Mindset is the key

Foreign travel in Nepal has always been associated with the privileged and a luxury. During the Rana days, one could not travel without getting sanctions from the rulers. Former United Nations official Kul Chandra Gautam, in his memoirs, narrates his horrific story of trying to get a passport for two years despite getting a scholarship from a United States university and there was a visa ready for him. Ordinary mortals were not allowed to travel, and those who travelled had to have some links with rulers and governments. Despite millions of Nepalis travelling abroad for work and pleasure, it is somehow considered still taboo. With practically every family having some relative or friend abroad, foreign travels became easier. Airfares plummeted, connections became more accessible and affordable. Visa restrictions in many countries for Nepalis went away. For instance, visa on arrival in Indonesia saw hundreds of thousands of Nepalis travel to Bali. A holiday in Bali or Bangkok is much cheaper than a holiday in Goa in India.

Further, social media has brought many places right in front of you on your phone; therefore, the desire to explore, of course, came to you if you had the money to do so. Banks with travel agencies started to finance holidays that one could pay in monthly instalments like buying a car or washing machine. Policymakers have not seen the major transformation in Nepali society and stick to the old ways of control.

In our culture, everyone talks about restrictions and control first rather than how you face a challenge. As soon there is a death in the family, many consultants will come up with a list of restrictions. What you cannot do, what you cannot eat, and when you cannot go outside the house. Foreign travel has also been culturally associated as a restriction. Everyone knows the story of Jung Bahadur having to go through a purification ritual after coming back from England. With a government and bureaucracy dominated by Hindus and the revival of conservative Hinduism in Nepal, foreign travel is associated with cultural pollution, so the subconscious mind does not infringe on any travel restriction.

Further, the restrictions are for people without connections. An industry of invitation providers will be created to provide invitations for connected people to travel. Many politicians and bureaucrats (current and former) will hardly be affected as their children are settled outside Nepal and are fence-sitting with s permanent residency, green card and other documents they hold. So, like getting a driver’s licence, passport, vaccination cards and other services from the government, the privileged will not get impacted.

Many young people have pondered whether Nepal is the correct zip code for pursuing global ambitions. Like people in India in the 1980s, where their dreams were throttled, decided to leave for greener pastures, young Nepalis who have global aspirations do not want to be based in a country where the government can be so stupid. Forget reversing brain drain; those contemplating returning will not come to a country where you have to run pillar to post to get your $250. There will undoubtedly be migration into countries that are seeking innovators and investment. Selling property in Nepal gives you enough money to start something in a country that welcomes you.

Small actions of authorities can have a long-term impact on citizens. While positive moves like getting passports from district offices and getting them in one day opened up foreign employment opportunities, rules of restriction can create a quiet movement of brain drain and capital flight that the government can never control. We hope these stupid rules planned will never see the light of the day like the crazy rules that restrict women’s movement in strict Islamic countries, but citizen pressure is essential. Perhaps it could start with a social media page naming people in decision-making positions that are part of such hypocritical rulemaking.