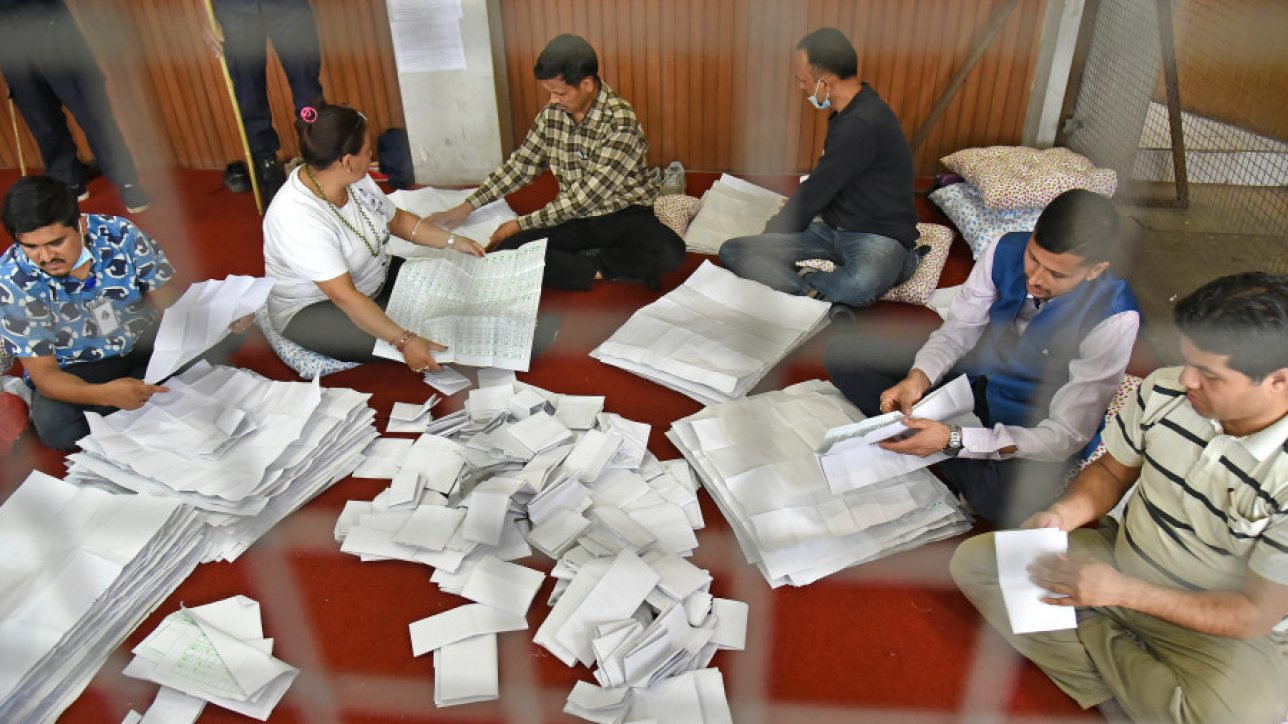 The social media has been filled with expressions of frustration from people at the pace at which votes are being counted in Kathmandu. Journalist Ameet Dhakal shared his frustration on Twitter as to how it would take a month to complete the voting process in Kathmandu. This problem is an anticipated one like the serpentine queues at the passport office or the riots to get a driver’s licence or the chaos to get a vaccine certificate. Nepali management practices, including those of the private sector, are designed to create delays that will benefit a few. More days of counting means more allowances for the folks that are involved in the process. The excuse to not get to work as to be able to observe the counting is a big one. Now which boss will reprimand a political cadre as even junior ones with the right access?

For the thousands who just throng the counting centres, it is just a bit more fun as they are either waiting to apply for the diversity visa or look for that next opportunity to leave Nepal. So delays have been part of an ecosystem that we nurture, and anyone trying to bring about efficiency or productivity is shunted to useless departments. Despite recommendations from former election commissioners who saw through some of the teething problems encountered during elections, it is business as usual.

I went back to look at my own piece five years ago in this paper where I discuss the need for tech-friendly polls. This time again, the registration of the candidates itself was an outdated one. Why can’t we make the process friendlier with candidates being able to file for candidacy electronically? After all, if we can move money with the press of a button, why do we have to go to the Election Commission office personally? This then brings us to the next topic of election symbols. Election symbols were an alternative when the literacy rate was 20 percent in 1960. With 70 percent literacy now, why can’t we move to an electronic system where the name of the person could be used. When I was inside the voting booth, I felt like I was playing Candy Crush on paper, a whole lot of symbols. If you are not among the ones who have made up your mind about whom to vote for, you surely will make a mess. Further, the ink used in the stamp pad was of such low quality that it smudged, which means chances of your vote going invalid becoming high.

Nepal’s elections are generally peaceful compared to the ones in other South Asian countries. When there are 22,000 polling booths, it is natural there will be disruptions in a few, even if we take a 0.1 percent disruption, then it could be 22 booths. But 99 percent goes peacefully with people willing to follow all sorts of nonsensical directives but adhere to the rules. Therefore, why don’t we take advantage of this and attempt to be the country that goes far ahead of electronic voting machines (EVM) and leverage the internet to take care of the entire gamut of registration of candidates, voter identification, voting and counting? This means it will also resolve the issue of ensuring that the 3-4 million Nepalis outside Nepal who have the right to vote will be able to do so. With 37 percent of information and communication technology (ICT) services being exported out of Nepal, the talent we have is global. These firms can be put in a competition to tie up with global companies who have already invested in deep facial recognition technology and biometrics to be able to develop the entire system. One can apply for a digital voter ID card like the vaccination card by uploading the required documents. If Nepalis have learnt how to apply for visas to hundreds of countries online, it is stupid to think this will not work.

We now have the choice of visiting a bank or doing a transaction online. Students during the pandemic completed education and examinations online, doctors have been doing diagnosis and treatment online. Many services have moved online. There should be a choice for people to either visit a voting centre or vote online. The voting centres need just a simple facial recognition software and biometrics centre to match the records in case people would like to visit them. Else, people can vote from home in Nepal or outside. The key is to ensure that your electronic credentials are genuine, and once they are used they cannot be used again. Further, since the records are electronic, people who voted via the internet will not be able to vote in person or vice-versa. It’s like a concert ticket, once scanned; you will not be able to use it again. I again go back to my conversation with a Nokia phone executive 15 years ago to create an $8 phone to be used as a one-time voting tool, and that could be upgraded to a phone and radio to use!

Many countries have been at the forefront of taking voting electronic. Estonia is one of them that successfully implemented internet-based voting with a good launch. If India could make EVM successful in such a large country and take it global, Nepal has also the chance to create an e-voting platform that it can take global.