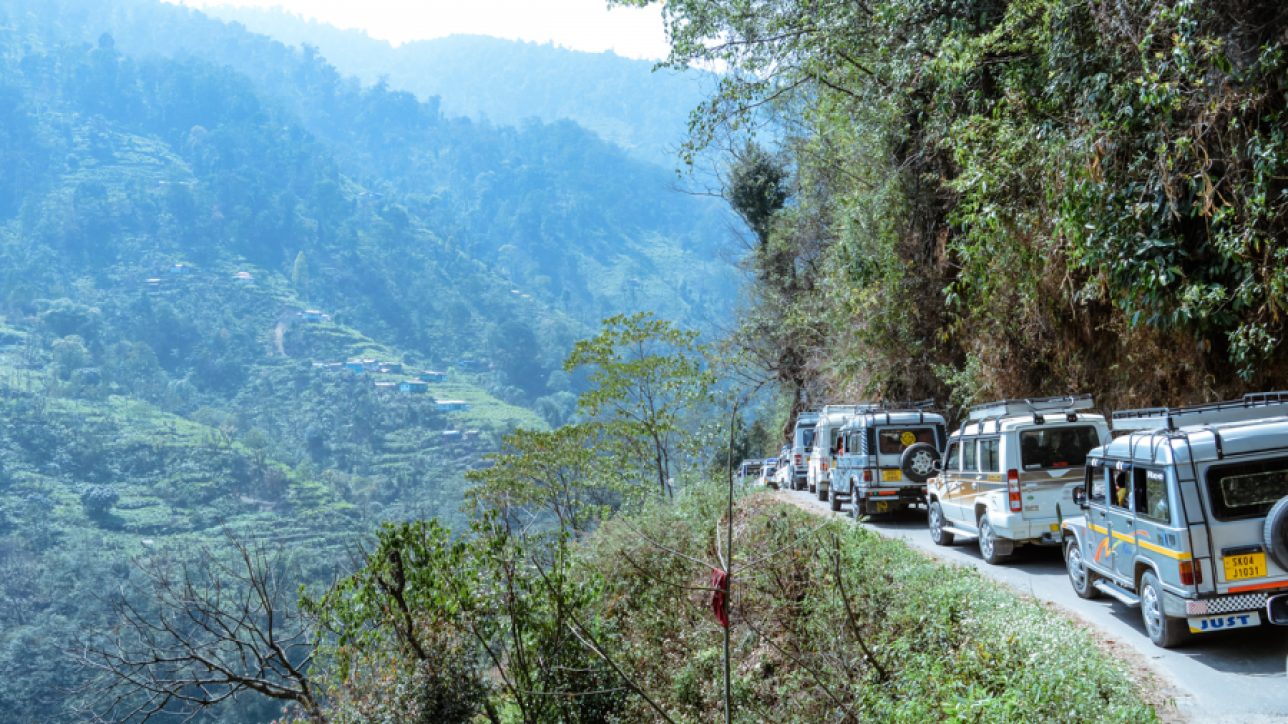 I keep wondering when it will be possible to have a direct flight from Kathmandu to Pakyong that will help get to the Himalayan state of Sikkim without the arduous journey that includes crossing the land border at Kakarbhitta-Naxalbari in eastern Nepal. Cartels on both sides have ensured that well-built infrastructure of a new bridge and good roads are not to be used to provide rickshaws so that local vehicles can continue to fleece travellers. Of course, such cartels cannot exist without the protection and patronage of business organisations and politicians. The thought of crossing the border deters people on both sides, as the frontiers are treated as a point of extortion and control rather than facilitation. However, on both sides of the border, post-pandemic, internal movement between the two countries will perhaps rekindle tourism helping to benefit economies on either side.

Sikkim is a beautiful Himalayan state where every Nepali will feel at home as they speak the same language, eat similar food and enjoy following familiar artists, writers and narratives. At Rachana Books, Gangtok’s independent bookstore, the conversations with fellow The Kathmandu Post columnist Amish Mulmi makes one feel talking about the issues of borders, connectivity and opportunities nothing different than our conversations in Nepal. Meeting and chatting up with stellar English language authors Prajwal Parajuly and Chetan Raj Shrestha or editors Anurag Basnet and Pema Wangchuk, one wonders how different it is to tell or edit a Himalayan story emerging from Nepal or Sikkim.

With the complicated geopolitics, it is a challenge for Nepal to balance itself in the new world order, but for a land that was just annexed less than 50 years ago, it is even more difficult. There has not been so much movement between Sikkim and Nepal as there used to be three decades ago. It is becoming more difficult for the younger generation on both sides to understand what it means to be a Nepali-speaking person from Nepal in Sikkim or a Sikkimese speaking Nepali. This matter complicates further as the nearby districts of Darjeeling and Kalimpong in West Bengal add another dimension where sub-identities within the broader identities are being promoted for political reasons to get away from the more significant uniqueness of the Nepali language that unifies everyone. Perhaps, this makes it very important to look at the more people-to-people movement to encourage people to engage with and understand each other. Therefore, it is crucial for people on both sides to think of how movement can be facilitated.

For people in Nepal, the government orders travel bans through restrictions on issuing dollars. The need to fulfil a long list of conditions before travelling outside Nepal makes people who want to travel look towards India. Therefore, Sikkim can be something that could be on the list of people wishing to travel. The government of Sikkim can recalibrate to get the required user-friendly and electronic paperwork. The travel form is easy to fill out, but there is no equivalent to fill to get the permits, especially those to go to some of the restricted areas like Nathula. Local tourism operators also find ridiculous the rule requiring an additional person to travel as a guide with a group, and see it more as tourist sponsored payment to the unemployment programme. It is also essential to ensure more compatibility in using digital payment platforms. Many establishments have not registered for taking international cards, leaving only digital payments. If the Indian Unified Payment Interface (UPI) platforms can be legally used in Nepal, it is important to have reciprocal arrangements like being able to use Nepal-based electronic payment platforms within the current guidelines of limits in India.

There is much history to be revisited as the road link between Nepal and Sikkim opens, making driving into the state from Nepal possible without going through West Bengal. With the road linking Uttarey in West Sikkim and Chiwa Bhanjyang in Nepal getting closer to completion, the two former Himalayan kingdoms can connect directly.

Geopolitical winds are getting even more volatile after the Russian invasion of Ukraine. It becomes essential that traditional links be revived and strengthened. As the Bangladesh, Bhutan, India and Nepal (BBIN) sub-regional cooperation framework advances, more intra-regional linkages will develop. The dream of a Nepali flying freely into its Himalayan neighbour into Pakyong in Sikkim and then into Paro in Bhutan using fifth freedom rights would perhaps make this Himalayan citizen happy.

This also brings us back to building on the Himalayan Consensus’s foundation work. With Nepal not undertaking the Sagarmatha Dialogues, it’s only natural that Sikkim hosts the Kanchenjunga Dialogues to keep the discourse going. In Gangtok, Nepal and the Worldprogramme of the Nepal Economic Forum did announce a platform anchored in Gangtok to work to revive a historical relationship further and push re-introducing Sikkim and Nepal to the new generation. The core of every relationship is people-to-people exchanges based on which only bilateral relationships between countries can build.