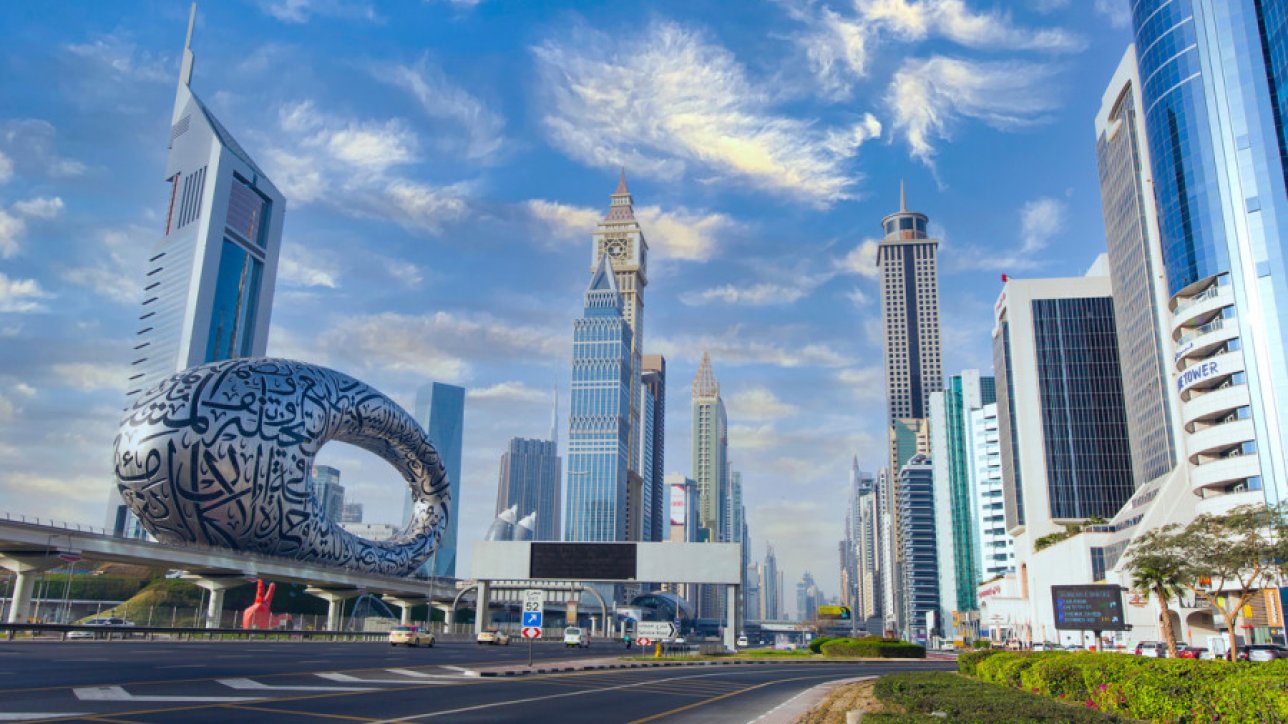 It is always amazing to see how cities develop, and a visit to Dubai always provides an opportunity to see how the city has been transforming each year. Infrastructure development is taking place rapidly, with more roads being built to connect newer areas. The metro train network, that began in 2009 amidst the big question of why it was required, today has become a lifeline for many people who commute to work, providing a better means of transport and taking off a lot of traffic from the streets. The development project lists are never-ending. In 2005-06, the construction industry stated that 25 percent of the world’s construction cranes are in Dubai. While the artificial island in the shape of a palm tree grabbed the world’s attention on the scale of new developments, it did not stop there.

There was the building of Bluewaters Island, which will be home to several resorts and an amusement park. The Deira Islands development included a 4 km stretch of waterfront, large enough to accommodate more than 500 yachts and boats. Then there is Dubai Harbour, a luxurious waterfront development that combines world class maritime facilities with the most advanced cruise terminals and the largest marina in the region. The list is endless.

When Nepal received about 400,000 visitors in 1995, Dubai received less than 50,000 tourists. At that time, there were about 2.4 million people in the United Arab Emirates. By 2020, Dubai’s number of visitor arrivals was close to 16 million. It aims to beat Bangkok by 2025 with 25 million visitors. The success of the Dubai Expo 2020 hosted during the pandemic perhaps pushes Dubai ahead of other Southeast Asian countries as it did manage to have tourism activities despite Covid-19. The expo went on for six months from October 2021 to March 2022, as per official statistics; the event registered over 24 million visits from 192 countries.

Dubai has gone on to build everything that would be the world’s biggest, tallest and other adjectives that would keep them in the leading position across different areas. They want to be the leader on all fronts, from museums to libraries to performance centres to conference venues. Despite the challenge of weather and an arid landscape, it pushes to create spaces using technology and innovation.

In the parking lot, one can find a U-drive electric car that one can unlock using an app, use it and park it at your destination and pay for the distance travelled, an innovative way of renting cars. For someone in the United States who has to fill their fuel tank at the fuel station, it would be shocking to hear that fuel in Dubai can be delivered to your house by a tanker run by a company that gives you an incentive to fill at home. Plastic bags are disappearing, and so are single-use water bottles. One can now spot these kiosks where people can fill in drinking water. The immigration processes are automated, and this time I did not have to see an officer when I was clearing my immigration; it was managed by technology. This is a city that does not tire of bringing about innovation by attracting the best companies and their best talents to the town.

The Iran-Iraq War of the 1980s and the Gulf War of the 1990s brought forth the strategic importance of Dubai. From fuelling planes to providing recreation and recuperation breaks to many serving in the war zone, it started to push its image of neutrality and safety. It is the gateway to the complicated geographies of West and South Asia and the Middle East. With Africa’s economic potential coming up in discussions in the global corporate boardroom, Dubai is seen as the safest place to operate from. With the Russian invasion of Ukraine exposing challenges around the global supply chain, food security and currency parities, a new paradigm is emerging where countries with the business approach will push ahead.

Dubai wants to position itself as the superpower of the Islamic world, but is becoming more liberal in its approach. Friday is no longer the weekly holiday along with Saturday, and the weekend has been aligned with the global Saturday-Sunday holiday routine. During Bakr Eid, unlike in many countries, one cannot sacrifice animals at home, but there is a guideline on what can be done and what cannot. Even during the holy month of Ramadan, one can find places to eat during fasting hours as there is a vast population of expats and tourists who are not fasting.

Out of the country’s 10.2 million people, 1.16 million are locals and 8.92 million are expatriates. There are 32,000 Nepalis, representing 3.6 percent of the expat population, but this is growing. During the pandemic, 65,000 went to the UAE on visit visas in 2021, and many converted them to work permits, pushing the government to impose stringent restrictions. In restaurants, stores and other service businesses, we see more Nepalis as Indians and Pakistanis go up the food chain. And with the Philippine government putting restrictions on minimum repatriation, it has helped open up more jobs for Nepalis.

As tourist arrivals increase, new airport projects are being planned. There will be more jobs for knowledge workers as global companies will hire more people to be based there to look after the growing opportunities in the Middle East and Africa. Perhaps, for Nepalis, it is crucial to learn from the success of Dubai and the opportunity it presents. For the government, where learning is a complicated process, it may just begin with opening a consular office in Dubai to take care of the growing number of Nepalis living there since the numbers will only grow in the near future.