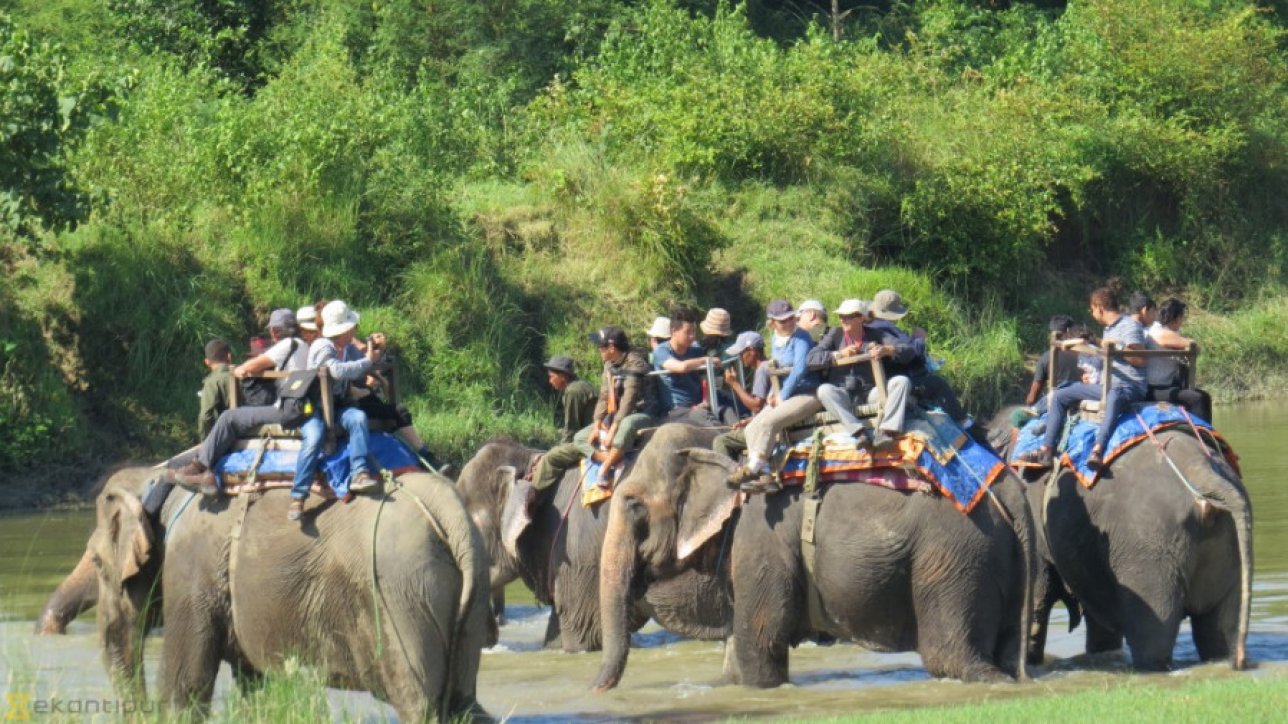 The lesson from the pandemic is that Nepal needs to get to high-end tourism in a big way.

When you arrive at Kathmandu’s international airport, you can notice a change. A travelator has been installed after people complained about the three apartment-style elevators which created long queues. However, when I was using the travelator, I was warned by a friendly cop standing nearby that the brakes in most trolleys were not working, so it could be a safety hazard. The authorities never think about things like these as ministers and senior government officials hardly use the channels used by mere mortals, or they have their dozens of sycophants carrying stuff for them, so they never know what works or not. As far as people outside power is concerned, they hardly travel with their own money when work-related junkets dry up.

Tourism, be it domestic or international, begins at airports. I have continuously written; with our socialistic instincts, we tend to make airports look and feel more like bus stops than the other way around. Nepal’s airports before the pandemic had the distinction of being labelled as one of the worst airports in the world. Hopefully, the authorities will feel less proud about this and want to change their attitude to get out of the world’s worst airports list. It is so perplexing to learn that Hamad International Airport in Doha, Qatar wins continuously major global awards. The airport is full of people from Nepal working there, yet the country from where these workers come has the worst airport.

Nepali domestic tourism started to flourish after the end of the Maoist insurgency as people felt safer travelling in their own country. Lodging and eateries have sprung up all over the country. Pictures and videos on Instagram and Twitter provide an opportunity to discover places people have never heard of. Vloggers with cameras on their bikes offer a peek at the country’s diversity and how terrain, food, vegetation and landscape change.

During the pandemic, as no foreign tourists were around, hotels started to recalibrate their products, menu and services to cater to domestic tourists. They also began to realise that the average spending of Nepali tourists is much higher than the low budget foreign travellers they were catering to. Lodge owners in Langtang and Annapurna region, who discriminated against Nepali travellers, now realised how they were stupid in the past giving preference to foreign tourists over Nepali tourists.

This is very similar to how Thamel eateries became dependent on Nepali clients during the insurgency. They were hit by 9/11 and SARS travel restrictions that led to a drop in the arrival of foreign tourists. A country of 30 million is a big market. With women travelling solo or in groups more than ever before, 50 percent of the market that was never a segment say 15 years back is now a significant segment to cater to. Young women getting together to explore their country, go on treks and traverse the country is a new segment that entrepreneurs have not yet thought about. Nuclear families being bombarded by beautiful posts on social media is pushing people to explore like never before.

Nepal’s unique laws treating investments in hotels as a priority sector created a breed of real estate speculators who became tourism entrepreneurs overnight and now control industry and trade bodies. It was the easiest way to buy land and speculate on real estate. People who have never seen how a room is cleaned or how a dish is prepared in the kitchen suddenly started becoming the voices of the tourism industry. Regulations were flouted, be it health or safety. They do not mind guests making noise till the wee hours of the morning as long as they sell the booze. Pre-pandemic, there were many stories about how international tourists just left their hotels not being able to bear the noise domestic tourists were creating. They do not understand food safety, nor are they willing to look at cleanliness in the rooms. It’s just a landlord with a business card and rent-seeking on the property one has built.

The key learning from the pandemic is that Nepal needs to get to high-end tourism in a big way as the real estate prices cannot justify having hotels to cater for $10-15 tourists who spend another $10. Domestic tourism is far more lucrative, so entrepreneurs need to explore newer destinations for high-end tourism spots by working with competing local bodies who want to have some of the best properties in their municipality or rural municipality. Studies have shown that tourism, rather than creating revenues, create many jobs essential in Nepal.

However, high-end tourism requires bringing in world class players and global standards and practices. Concessions have to have exclusivity without crowding places with similar properties; environmental assessment cannot be a paper one can buy by paying someone under the table. The mindset of entrepreneurs has to be about investing a lot in their learning about products and services, travelling the world to experience such products and services, and hiring the best chains and people to manage it. Every crisis provides an opportunity to correct mistakes. I hope the problem the pandemic brought has taught us many lessons about what to do and what not to do. I hope we convert challenges into opportunities.