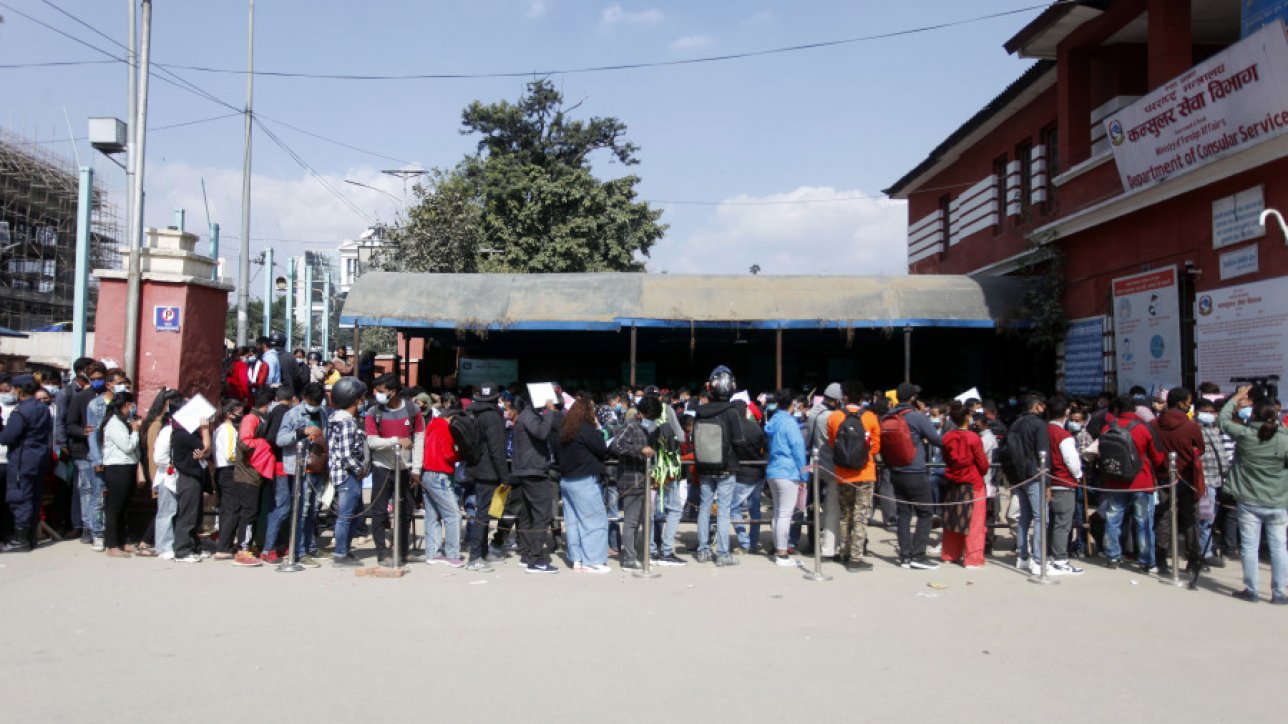 The money we earn goes to the government as taxes and is spent without accountability.

Videos of people running amok to get to a driving test or complaints about filling up a form online only to have to print it out and submit it after queuing up for hours are doing the rounds. Earlier, the inefficient ways of managing vaccination forms where one had to disclose everything apart from the colour of one’s underwear had created havoc. Whenever it comes to Nepalis receiving services from the government, it is always a mess. The chaos at the passport office where Nepalis pay one of the highest prices for a thin passport book has become the norm. Maybe our practice of queuing haphazardly at religious shrines has given us the tenacity to go through all this without ever complaining.

Folks in government service and political parties will give you a “ho ra” (is that so) look. The government earns billions each year from airport taxes, vehicle registration taxes, driving license fees, passport fees, no objection certificates and lots of other sources of revenue; but the officials and the leaders do not think they are providing a service that people are paying for. People have learnt to just cope with it. So where does all this stem from?

The extreme influence from the democracy model from the south, where government programmes are given fancy names tied up with politicians or their ancestors, is one reason. When those programmes are announced and big functions are organised, it is projected as if generally the person is giving out money from what he had earned. People get excited to get money that one earned and that the government took away as taxes. But one never feels that you were just made a fool! The money we earn goes to the government and is spent without accountability. Auditor General reports are the biggest joke books that people seem to read and laugh it off.

The democratic system in terms of financial accountability is designed to ensure that, through the process of voting, one can choose a leader that will be spending your money and demand accountability from him or her. Never do we think that in an election, the people we are electing are basically the folks that will be spending the money you have earned and paid as taxes. But do elections work that way? Of course not because the people who are paying the least taxes generally work very hard to ensure that people who can ensure he or she is not taxed are elected, and they can get to spend through the leaders the money other people have earned.

Working for the government

Therefore, it is important that we start thinking from this perspective of how we work for the Government of Nepal; and, in turn, how we can make the people spending our hard-earned money accountable.

There are two services the government provides—one as a profit centre like airports, passport services, driving licence services, issuance of no-objection certificates and so forth where they make more money than they spend. With development partners and agencies supporting these sectors, the government actually makes super-profits. In these types of services, it will be important to take a corporate approach and make them fully digital. If the government is earning money on this, it can afford this. Also, this will ensure that the staff stay longer at these agencies and they can be well paid.

The second is services that the government is supposed to provide people for free, be it vaccination or basic government documents like citizenship documents, birth certificates and so forth. These are apart from bigger services like infrastructure, healthcare, education, security and other responsibilities it needs to take care of. The approach has to change from the government doing the public a favour to the government spending someone else’s money, therefore it needs to be accountable to the public. Like at times we have to remind civil servants that they work for us as we pay their salaries through the taxes, the government needs constant reminders.

Finally, we have seen how digitisation has helped to bring about accountability the world over; and in these days when every keyboard warrior is a journalist, it is easier to develop pressure and make institutions accountable. The key is to eliminate the middleman. Our religious practices always insist on having a middleman; that needs to be eliminated. Like by downloading religious scripts and chants one can do rituals without a middleman, we need to extend that to government services also. If one can apply for renewal of the driving licence online and it can be sent by Nepal Post to the digital address one has provided, we will eliminate all the middlemen (generally men!) who thrive on other people’s problems. It does not require money to bring transformations, but it requires change in the mindset!